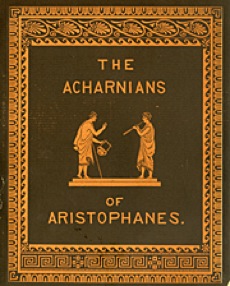 The Acharnians was presented in the original ancient Greek. An elaborate illustrated libretto with the Greek text and the English translation in parallel columns could be purchased to render the play intelligible to the large portion of the audience unfamiliar with the Greek language. It was produced by Morton W. Easton, Professor of Philology and presented with an accompaniment of modern music composed by Dr. Hugh Archibald Clarke, Professor of Music. George Wharton Pepper (B.A. 1887) played the leading role of Dikaiopolis. During rehearsals, Eadweard Muybridge, the pioneer photographer of motion, took photographs of three scenes, which were later published in Harper's Magazine. 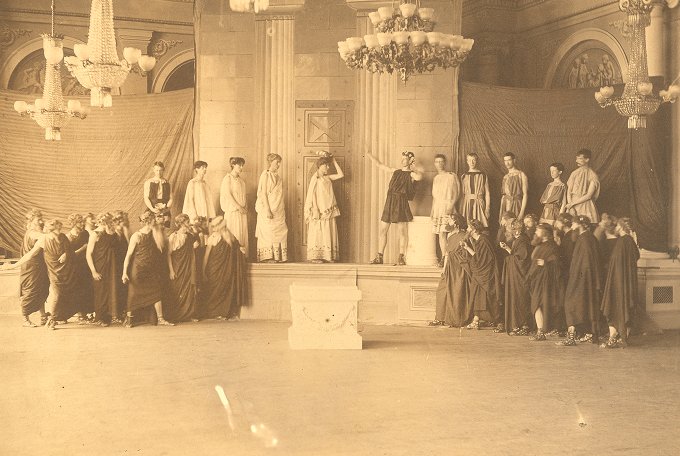 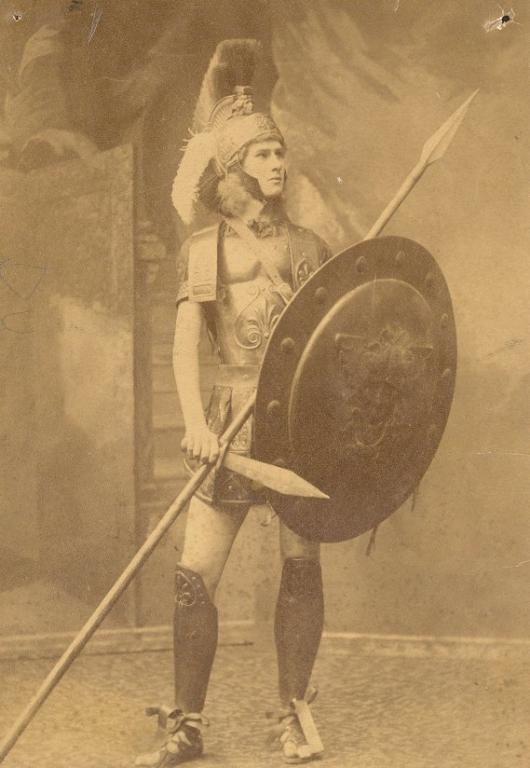 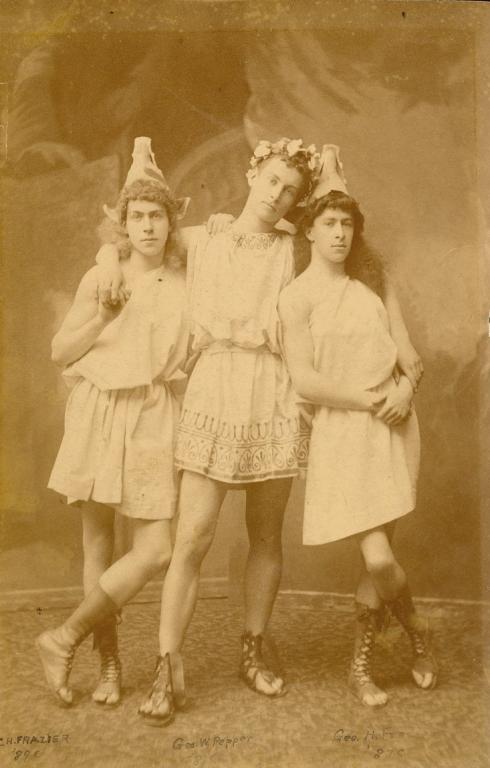 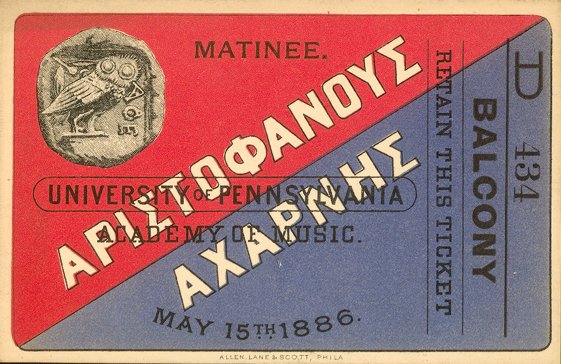