CONFERENCE: The Language of the Past and the Future of Ancient Studies 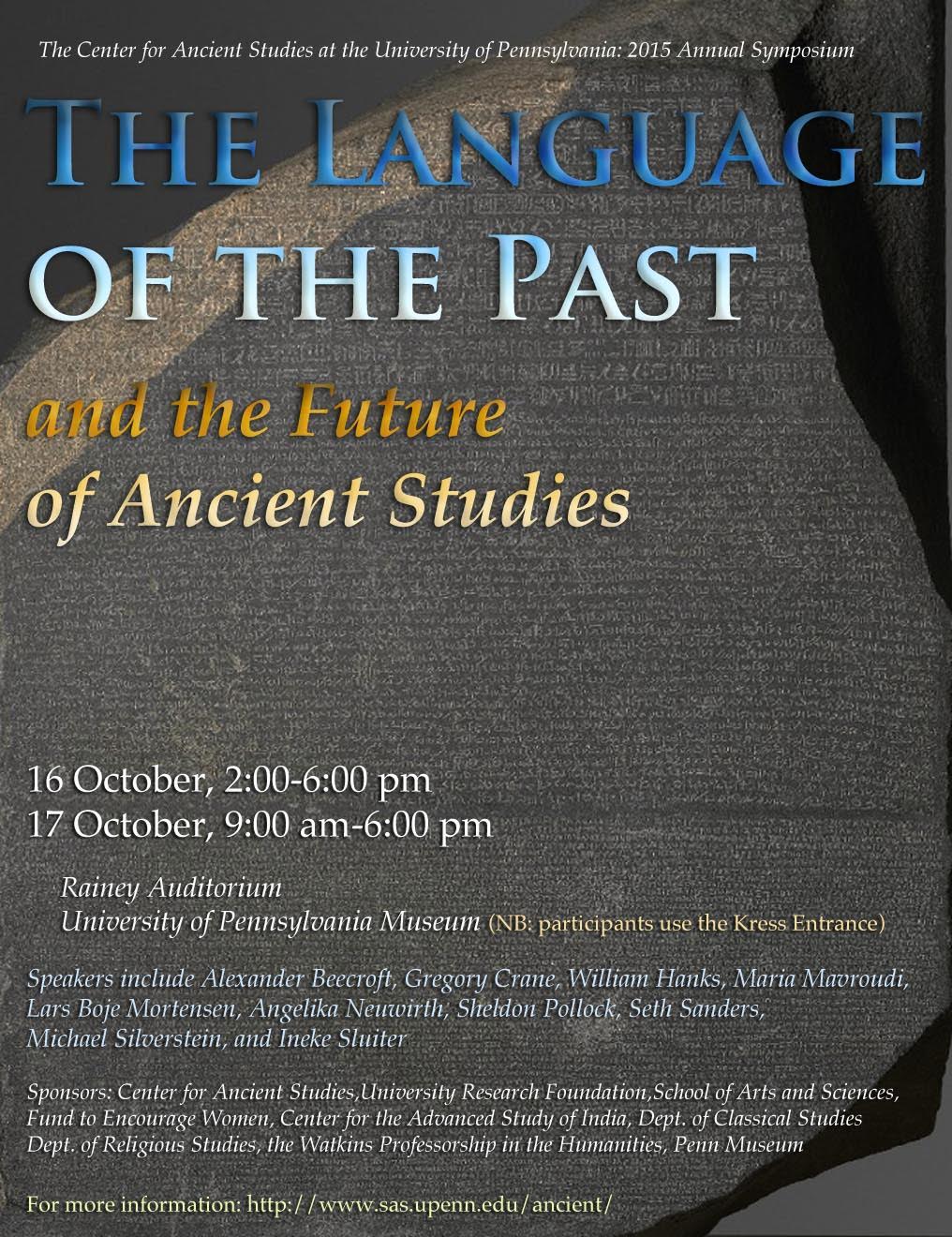 This conference, the principal event sponsored by the Center for Ancient Studies in Fall 2015, will be a two-day, international, interdisciplinary conference on the study of ancient languages — in a word, philology — in the field of ancient studies. This is an obviously important, but increasingly contested aspect of the field and of the individual disciplines involved. From one point of view, the ancient world is best understood through the lens of an all-embracing philological method that, in principle, transcends different subject areas. From another point of view, this approach represents a logocentric mentality that is essentially foreign to at least some of the cultures involved. It has also been argued that a focus on languages necessarily restricts the field of inquiry to one or another group that must be considered elite or privileged in one or more respects (economic, political, religious, and so forth). A further question that can be raised concerns the differential relationships that exist between specific ancient languages (and cultures) and their various modern analogues — Latin and Romance, Biblical and modern Hebrew, classical Arabic or Chinese and their contemporary derivatives, the languages of the the Indian subcontinent and of the New World.