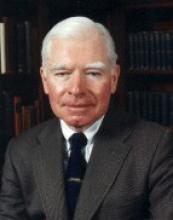 My current research is in Greek and Latin philosophical authors, poets, historians, and commentators with an emphasis on their contribution to understanding political and related behavior.  Since coming to Penn in 1991, I have headed the Fels Institute of Government twice and was appointed adjunct associate professor of Classical Studies in 2000, where I have taught in the Benjamin Franklin Scholars program.  I began writing on interpretation of the Platonic dialogues in 1968; my latest piece in this vein is “Plato’s Putative Mouthpiece and Ancient Authorial Practice:  The Case of Homer,” in Second Sailing: Alternative Perspectives on Plato, ed. D. Nails and H. Tarrant.  Commentationes Humanarum Literarum 132 (Helsinki:  Societas Scientiarum Fennica, 2015), pp. 257-277.  My first paper on Aristotle’s ethics and politics appeared in 1972; my latest published piece in this area is “Politeia in Greek Literature and Inscriptions and in Aristotle’s Politics:  Reflections on Translation and Interpretation,” in Aristotle’s Politics:  A Critical Guide, ed. T. Lockwood and T. Samaras (Cambridge: Cambridge University Press, 2015), pp. 84-102.  I am a life member of the Society for Classical Studies and have served actively on the board of the Bryn Mawr Classical Review since 2009.  I present and serve as chair or discussant regularly at the annual meetings of the Society for Ancient Greek Philosophy, the New England Political Science Association, the Northeastern Political Science Association, and at the annual Patristic, Mediaeval, and Renaissance Studies Conference.