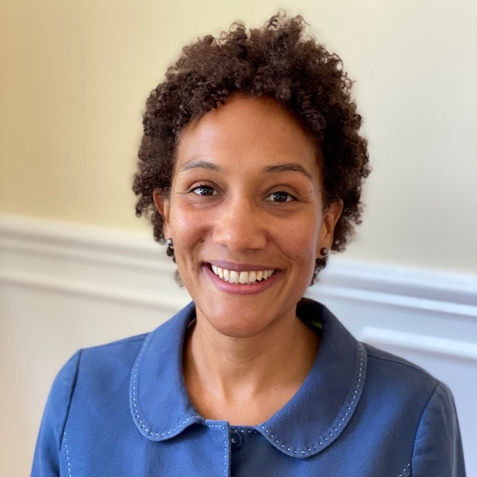 Public Lectures dates and locations to be announced.

Emily Greenwood is Professor of Classics and the University Center for Human Values at Princeton University.

Born in the Cayman Islands to a Ugandan mother and British father, and educated in Malawi and the United Kingdom, Greenwood trained as a classicist at Cambridge University, where she earned BA, M.Phil., and Ph.D. degrees in Classics. From 2000-2002 she was a postdoctoral research fellow at St Catharine’s College, Cambridge, before taking up a position as Lecturer in Greek literature at the University of St Andrews in Scotland (2002-2008). From July 2009 to June 2021, she was Associate Professor and then Professor of Classics at Yale University, and latterly the John M. Musser Professor of Classics. While at Yale, Greenwood served a three-year term as Chair of Yale’s Classics department, and a three-year term on the executive committee of the Faculty of Arts and Sciences Senate (2015-2018). She was elected Chair of Yale’s Faculty of Arts and Sciences Senate in 2016-17. She joined Princeton University in July 2021.

Greenwood is a scholar of ancient Greek literature and history, and the plural histories of use that make up the classical tradition of Greece and Rome. At the heart of her research and teaching are the questions, by whom and for whom were the so-called classics of ancient Greece and Rome written, by whom and for whom have they been interpreted, and in view of which histories? Greenwood’s scholarship considers what these complex histories of use mean for our ethical responsibilities as students and scholars of Greek and Roman classical antiquity in the present. These questions inform her topic for The Penn Public Lectures on Classical Antiquity and the Contemporary World, which will be on the topic “Classics in Real Time: Civics Lessons from Ancient Greece”.

She is the author of some forty book chapters and journal articles, as well as two books: Afro-Greeks: Dialogues Between Anglophone Caribbean Literature and Classics in the Twentieth Century(2010), joint winner of the 2011 Runciman Award, and Thucydides and the Shaping of History(2006). She has also co-edited two volumes, Homer in the Twentieth Century: Between World Literature and the Western Canon (co-edited with Barbara Graziosi), and Reading Herodotus: A Study of the Logoi in Book 5 of Herodotus’ Histories (co-edited with Elizabeth Irwin). Her current book project is entitled Black Classicisms and the Expansion of the Western Classical Tradition and explores the critical difference that local and transnational black traditions of interpreting Greek and Roman classics make to existing conceptions of the classical tradition.

The Penn Public Lectures on Classical Antiquity and the Contemporary World will mobilize the benefits to the public good in the United States of a lively, rigorous, and timely engagement with the classical past.