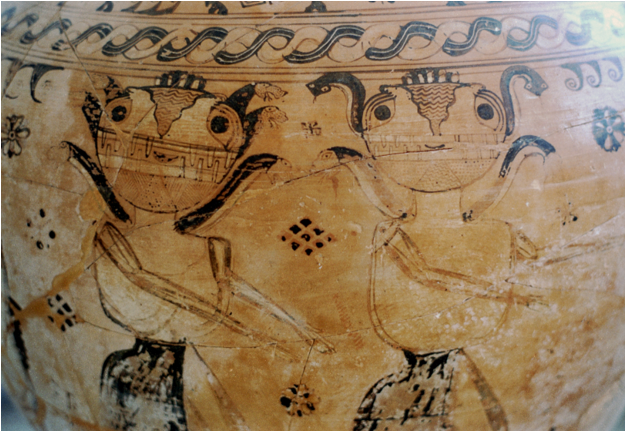 Speaker: Jeremy McInerney, Professor of Classical Studies at the University of Pennsylvania

Title: "Perseus and Medusa at Eleusis (between Athens and Argos)"

Abstract: An Argive layer to Eleusinian myth may help us to interpret a well-known protoattic amphora from c. 650 BC. Although most famous for the scene on the neck showing the blinding of Polyphemos by Odysseus, the body of the amphora depicts Perseus and the gorgons. He has decapitated Medusa, while her sisters pursue the Argive hero. Athena appears between the gorgons and Perseus, as if protecting the hero, but does not appear to have participated in Medusa’s decapitation. She will, of course, be the beneficiary of the act once she attaches Medusa’s head to her breast plate. The scene interpolates the deed of the Argive hero into the full story of Athena: she is born fully armed from the head of Zeus, but for Athena to become the fearsome war goddess armed with the gorgoneion, Perseus the Argive hero must kill Medusa. The major scene on the Eleusis amphora then asks us to imagine an Athena before she is entirely Athena, and a goddess who is the beneficiary of an Argive’s heroic action. Iconographically, the Eleusis amphora affirms an Argive layer at Eleusis predating and rivalling the Athenian.