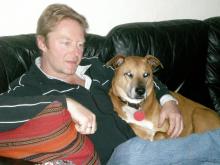 I've been at the University of Pennsylvania for over twenty five years now and in that time have had the good fortune to teach many wonderful students. Some have gone on to academic careers, completing PhDs in fields such as Classics and Sociology, while others have created careers in the military, on Wall Street, and in professions such as medicine and the law.  It is a real source of pride for me that graduate students who have worked with me are now teaching at places such as Notre Dame and Brooklyn College and are embarked on active careers as scholars and teachers.

My research has moved across a few areas, not necessarily closely connected. I have written on ethnicity at the local level in a book on ancient Phokis and recently returned to this topic, editing a volume for Blackwell on ethnicity in the ancient Mediterranean world. I also developed some ideas in this area in a series of papers on Delphi and Kalapodi, exploring network theory as a way of understanding the development and role of sanctuaries in their regional settings. Between these projects I wrote a study of cattle in the Greek world that addressed a whole set of questions around cattle, from the empirical (who owns the herds, where are they raised, what do cows cost in the 5th century) to the interpretive (why are there so many myths about cattle, what lies at the heart of sacrifice). The book was an absolute blast to write and reminded me of how lucky we are to work in a field that allows us to do research in areas we love. Not long ago I collaborated with my Leiden colleague, Ineke Sluiter, in organizing a Penn/Leiden colloquium on Landscape. Our co-edited volume appeared in 2016. My most recent publication is a New History of Ancient Greece, published by Thames and Hudson. It arrived in bookstores in Janury of 2018. Check it out. The illustrations are fantastic!

I am currently at work on a few different projects. One is an investigation of the relations between Athens and Lemnos in the 5th century. Part of this involves a reinvestigation of the Hephaisteion. I have also returned to Phocian questions. And just to keep life busy I am also developing a study of hybridity in Greek culture that is taking me from Centaurs to Freud. There is so much still to learn about the Greeks!

Cattle of the Sun: Herding and Sanctuaries in Ancient Greece (2010) [purchase]

The Folds of Parnassos: Land and Ethnicity in Ancient Phokis (1999) [purchase]

Blackwell's Companion to Ethnicity in the Ancient Mediterranean (2014)

(undergraduate) Greek History, Demosthenes, Greek World after Alexander, Rhetoric and the Community, Religion and the Polis