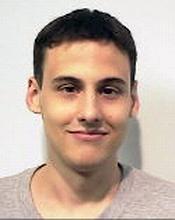 Jay Lucci obtained a B.A. in History with a minor in Classics in 2005, and an M.A. in Latin in 2009, both from Boston College. That same year he entered the Penn post-Baccalaureate program in Classics, focusing primarily on the study of Greek language and literature. He entered the Penn Ph.D. program in 2010. His current research interests include Latin (particularly Tacitean) historiography, classical comic techniques as intentionally or unintentionally employed in other literary genres, epistolography in the ancient world, and Roman consciousness of Latin linguistic development.